Lately, whatever I built seems to choke on the CPU under stress tests. So I wanted to find a small VPS with persistent CPU performance.

I used up my AWS and DO promotions. Hetzner and GCP were on my initial list. Sadly, my promotional link failed on Hetzner. I kept my GCP credits for NLP related experiments.

My target VPS requirements were at least 2 vCPU and 4GB RAM. I ignored the network bandwidth, virtualization, and disk type.

My objectives were to find out:
1. What happens if you utilize your VPS CPU 100% consistently?
2. Which VPS provider currently has the best performing VPS in terms of CPU utilization/cost?
3. Generally, how performant are these VPS instances compared to my old personal computers?

So far, I have not done any benchmarking before using a service. I do have some experience comparing apples with bigger or more apples. There may be lots of different ways or tools to do CPU benchmarking. After a bit of googling, I just went with xmrig for the task.

1. What happens if you utilize your VPS CPU 100% consistently?

I utilized all my rented VPS CPU(s) 100% for 3 consecutive days. 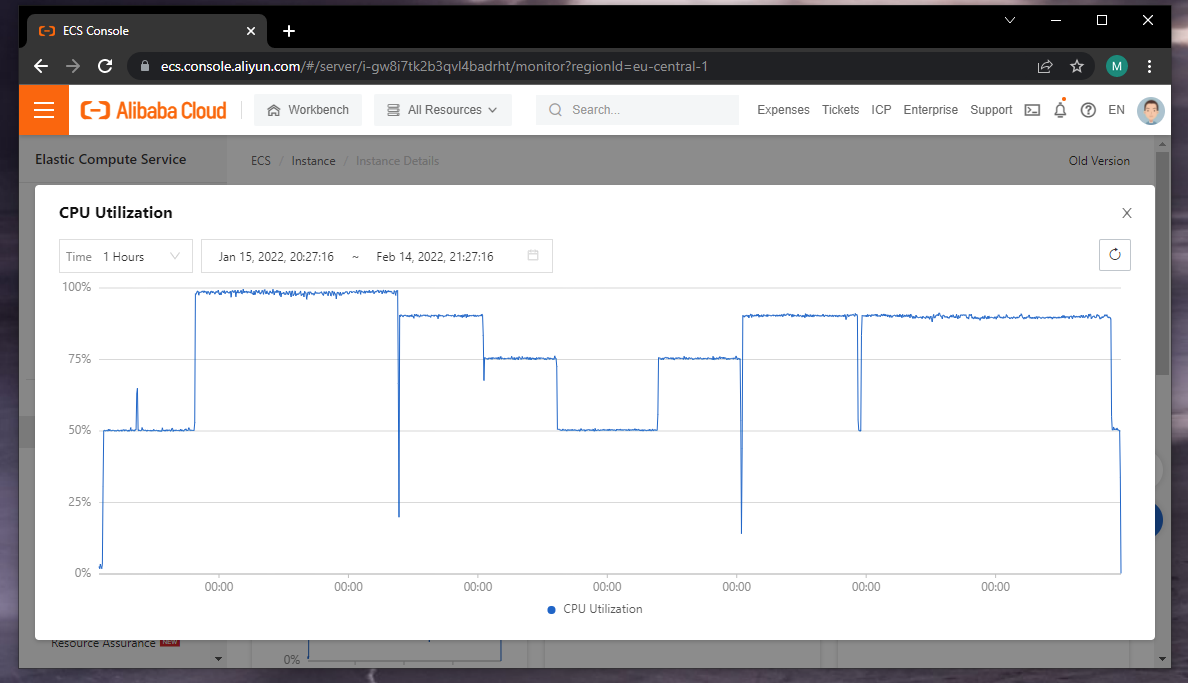 Well, they could have warned me that before limiting my account.

So basically, if you happen to rent a small VPS from Vultr (cloud compute $20/m), then you will likely be limited someday. They force account-wide limitations for 14 days with no prior notice. This reminded me of the incident where DO locked out a startup’s access to their rented VPS(s).

2. Which VPS provider currently has the best performing VPS in terms of CPU utilization over cost?

Azure VM’s F series is labeled “Compute Optimized”. D series is labeled “General purpose”. Yet, D series had better hash rates.
Azure VM’s AMD based versions outperformed the Intel based counterparts while being priced cheaper.
Linode dedicated VPS ($30/m) instance slightly underperformed the shared ($20/m) instance. Specs were pretty much identical.
An Alibaba representative called me asking about my overall experience with their cloud. I did not expect that :)

3. Generally, how performant are these VPS instances compared to my old personal computers?

Now, I feel like my 10-yo ASUS processor is still a beast when it comes to CPU performance.